How many miracles went unclaimed in the Bible? Or through the centuries since? How many times have we made decisions independently of God and missed out on His miraculous power supplying the answers? Abraham depended on himself and lied to Pharaoh about his wife. Then he took Hagar when he had no heir. He just could not wait on God. Then there was Rebecca and Jacob who masterminded their own scheme when it appeared that Isaac would bless Esau with the birthright. When things looked bleak, these and many others down through the ages either took things into their own hands or started to complain or both.

Another example of people forgoing some major miracles was the children of Israel, even after they had experienced a magnificent deliverance. They witnessed God’s power during the plagues that fell on Egypt. When Pharaoh lost his firstborn, the successor to his throne, he ordered the Hebrew people to leave. God had astoundingly released them from their bondage, and the river of people began their journey home to the land of their ancestors Abraham, Isaac, and Jacob.

The people had not traveled a great distance when they found themselves between the proverbial “rock and a hard place.” The turbulent waves of the Red Sea crashed before them. Pharaoh’s army came swiftly behind them, intent on retrieving all of their slaves. He was very near the rear of the mass of people when, at the command of God, Moses lifted his rod and parted the sea so the nation could pass through the waters on dry ground.

By the time they reached Kadesh, they had experienced so many miracles from God that perhaps they had become mundane: manna, the Ten Commandments that were carved in stone by God’s own finger and orated by God Himself, receiving water in the desert from a rock, keeping the livestock alive, the list just kept growing.

Even though God continued to work one miracle after another on their behalf, they began to complain shortly after their mighty Red Sea deliverance and seemed to never stop fretting. They began taking out their frustration on Moses and Aaron about the lack of food. When the manna reigned down from heaven, the people grumbled about that. They moaned about the lack of water, the chosen leadership, and life in the desert. Being contrary became a way of life for these people.

Negativity is just as dangerous to our souls as it was to theirs. Interestingly, in 2005, the National Science Foundation conducted a study on thought patterns. Every day we have between 12,000 and 60,000 thoughts throughout our waking hours. Of those thoughts, 80% are negative. Furthermore, 95% of those negative thoughts are repetitive.1

Even after all the miracles they witnessed, the Israelite people doubted God’s protection and abilities. They wanted a report about what to expect when they crossed over into the Promised Land. The people thought they would be the ones to make a qualified decision once the spies returned. They would know the condition of the soil, how the people lived, and how strong or weak they were, etc.

Upon their return to the camp, two men could barely lug just one cluster of grapes. The people could easily see that the land would sustain their need for food. Then the negativity of ten of the twelve spies began to paint such a dismal picture of the giants in the land that all hope vanished like a vapor. The giants were strong, powerful, and organized. They lived in seemingly impenetrable walled cities. Instead of looking at the fact that God is bigger than any giant, they succumbed to their negative thoughts and limiting beliefs, denying the power of God. (See Numbers 13.)

When we reject the power of God, guess who steps in? Satan!

Hope and courage gave place to cowardly despair, as the spies uttered the sentiments of their unbelieving hearts, which were filled with discouragement prompted by Satan. Their unbelief cast a gloomy shadow over the congregation, and the mighty power of God, so often manifested in behalf of the chosen nation, was forgotten. The people did not wait to reflect; they did not reason that He who had brought them thus far would certainly give them the land; they did not call to mind how wonderfully God had delivered them from their oppressors, cutting a path through the sea and destroying the pursuing hosts of Pharaoh. They left God out of the question, and acted as though they must depend solely on the power of arms.2

In the end, they received what they asked for, but they still complained. God turned them around and sent them back to the wilderness toward Egypt. “The Lord promised to spare Israel from immediate destruction; but because of their unbelief and cowardice He could not manifest His power to subdue their enemies. Therefore in His mercy He bade them, as the only safe course, to turn back toward the Red Sea. … They sorrowed because of the result of their evil course rather than from a sense of their ingratitude and disobedience.”3

Forty years later, everyone who had been age 20 and older had died, wandering in the wilderness (Numbers 14:29). Only two who had left the oppression of Egypt were still alive. Caleb and Joshua, only seventeen percent of the original twelve spies, had been positive.. Because these two had been fully faithful, the Lord could bless them, and they once again found themselves on the threshold of crossing into the Promised Land. This time a step of faith parted the waters of the Jordan River.

God still worked miracles for His people. They conquered Jericho, which was largely completed in silence—at least until the last minute. However, the Israelites stepped out on their own accord and suffered a great defeat at Ai until they pursued God's plan. After being conquered, they turned to the Lord for direction rather than negativity. Thus, God was able to continue to work miracles, leading them to conquer the land.

Even though the events of overthrowing Canaan were extraordinary, especially to the Canaanites, these inexplicable events did not seem to be as great as they would have been if they had been faithful in pursuing God's original blueprint. When they finally did march into the Promised Land, we do not have the stories of a cluster of grapes so big that it required two strong men to carry it. The major miracles that God wanted to work went unclaimed.

Have you ever been offered something that was clearly of God, but wanted something different? I know I have. In my early 20s, I was working an office job at a Christian book publisher in Washington, DC. I had grown up reading their books, and I felt privileged to be working for the same company! More than a year into the job, I was offered a position in the art department as a photographer.

God has bestowed on me a gift of an artistic eye, and while I had engaged in other avenues of art, like painting, photography was clearly where God wanted to use my skills. I was so good that one of my photography instructors, knowing that how I see things is innate, once commented when he was evaluating my coursework: “You didn’t learn that from me did you?”

At the time I was a country girl who had moved to the city. The publishing company was leaving the city and moving to the country. I wanted to stay in the city, so I declined the proposition and moved on to secular work. Over the years I still pursued photographic opportunities. Since my activities did not align with God’s commission, my skill waned. Decades later God has forgiven me and restored a measure of my skill, but because I chose to wander in my own direction, I do not have the excellence I once had.

I am saddened that I failed God and ran ahead of Him in such an independent fashion. Many of us do this, often not thinking about the power of God and what He has already done and the unseen possibilities of what He can do. He will go before us and deal mightily with the “giants” as long as we believe in Him and remain faithful.

How many unclaimed miracles do you have? Even when the details are not in place, but God has made it unmistakably clear where He wants to take you, will you quit what you are doing and follow Him even if the specifics are not in place? Will you take hold of those miracles God wants to work for you? 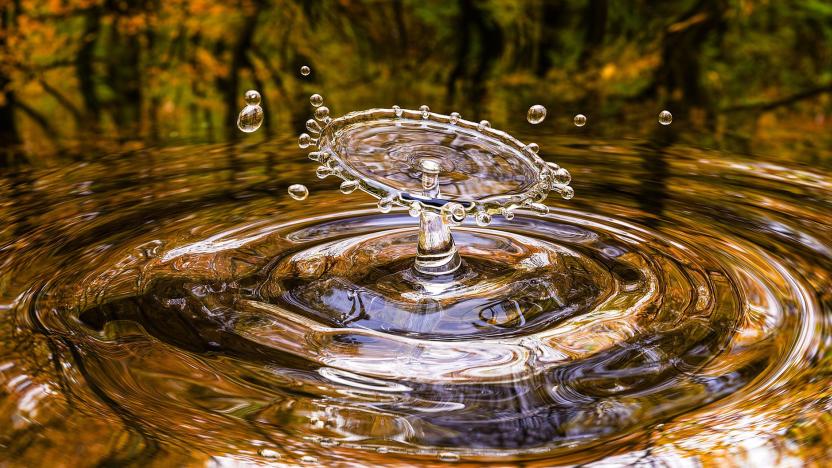 Needless to say, it was a somber drive home. Forgotten was my underlying heart condition as I pondered the consequences for my frail parents — father at 93 and mother just ten years younger, recovering from a... 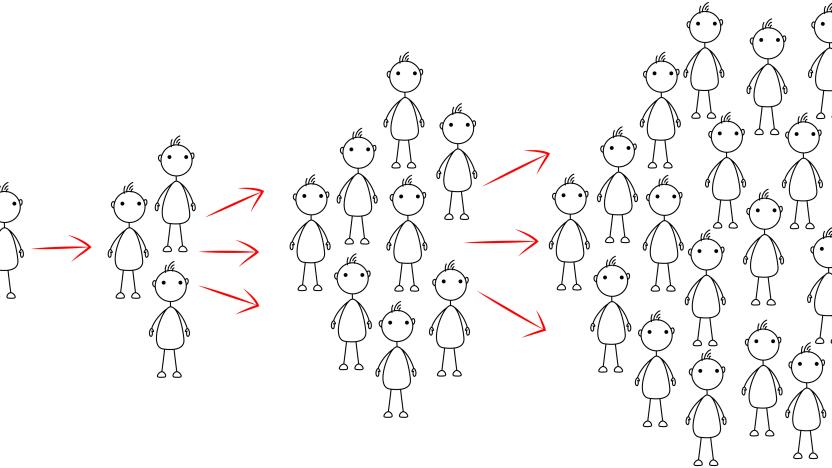 Famine in Kenya’s Samburu territory has been going on for nearly a year. No rain. People witness their livestock perishing directly in front of them. The cows slurp up mud from a few puddles here and there when they can be found just for the moisture. People walk 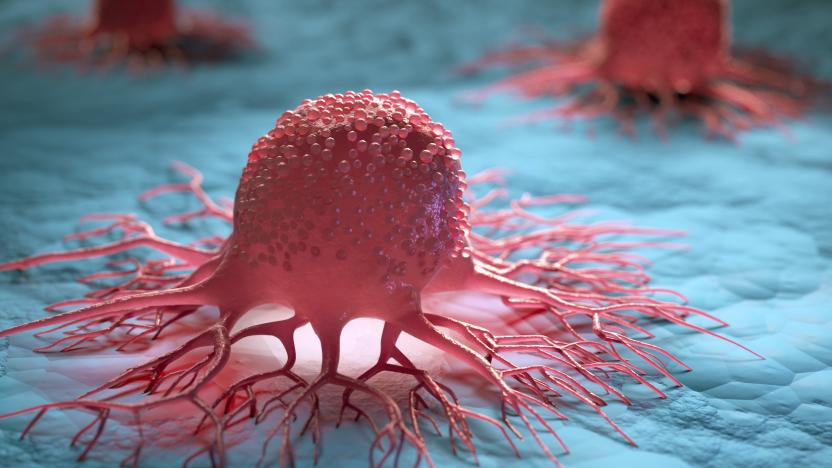 Tobias went to a bicycle shop and purchased a bike. Then he went home and started juicing. That week Tobias, a man in his 70’s, changed his entire lifestyle. He began...