Elijah watched as the clouds darkened the sky, lightning flashed, and the rains came. He may have grinned as he watched King Ahab careen wildly in his chariot and horses down the rugged mountain. He may have noted that Ahab left him by himself to walk down the mountain in the rain. Of course, it was not the habit of royalty to offer a ride to the common people...even if one of them was the prophet of the living God.

“Where can I go from Your Spirit? Or where can I flee from Your presence? If I ascend to heaven, You are there; If I make my bed in Sheol, behold, You are there. If I take the wings of the dawn, if I dwell in the remotest part of the sea, Even there Your hand will lead me, and Your right hand will lay hold of me.”

He was empowered to run in a downpour, through the mud, in the darkness of the storm, in front of the chariot and horses carrying the man who hated him. Elijah did not argue the point. He did not tell God that it would be a blessing to have Ahab drive off the mountain and be no more. He simply ran like he never ran before, not one kilometer, but over twenty-seven kilometers to guide the wicked king safely to his comfortable palace in Jezreel.

Power in the Spirit

Down through time, the Spirit of the Lord has come upon His people to empower them to do what they could not do otherwise:

“So the Spirit of the Lord came upon Gideon; and he blew a trumpet, and the Abiezrites were called together to follow him” (Judges 6:34).

The Spirit of the Lord gave Gideon, a frightened warrior, courage to sound the trumpet and mobilize an army to face impossible odds.

The Spirit of the Lord provided Jephthah with the courage to return to the place of his rejection, rise up, and become who God called him to be!

“Then in the midst of the assembly the Spirit of the Lord came upon Jahaziel...and he said... ‘Do not fear or be dismayed because of this great multitude, for the battle is not yours but God’s’” (2 Chronicles 20:14,15).

The Spirit of the Lord empowered Jahaziel to stand up and speak up, to be the voice of courage and faith in the face of crisis and expected defeat.

“The hand of the Lord was upon me, and He brought me out by the Spirit of the Lord and set me down in the middle of the valley; and it was full of bones...So I prophesied as He commanded me, and the breath came into them, and they came to life and stood on their feet, an exceedingly great army” (Ezekiel 37:1,10).

The Spirit of the Lord came upon Ezekiel and empowered him in a vision to call dry bones to live and be an army for God.

“When Elizabeth heard Mary’s greeting, the baby leaped in her womb; and Elizabeth was

filled with the Holy Spirit. And she cried out with a loud voice and said, ‘Blessed are you among women, and blessed is the fruit of your womb!’” (Luke 1:41,42).

The Holy Spirit filled Elizabeth, and she had the wisdom of God to be the first to boldly declare the prophesied identity of Mary’s unborn Baby.

The Spirit of God takes you as He finds you. He meets you where you are. He does in and through you what you are powerless to be and to do.

It was a bitter, cold winter night here in Canada. The pastor’s voice on the phone sounded very weary. “We desperately need God to bring a revival here!” The hour was late. We prayed on our knees for guidance.

The Holy Spirit impressed me to be very bold. I said, “Gather together your leaders tomorrow night, (Friday), and let's come to God in prayer. Let’s see if they would be willing to have a revival starting Saturday night.”

“It’s supposed to be near-blizzard conditions tomorrow night!” the pastor responded with concern. “Don’t know if I can get anyone to come on such short notice and in such bad weather.” “I am willing to drive across the prairie to pray with you and your leaders, if they will come!” I offered.

The next night, April and I drove through heavy snowfall and almost no visibility at times. A small group of leaders was huddled in the church trying to keep warm. We prayed and claimed God’s promises to awaken His people, call them, and transform them. God moved on each of our hearts. It was agreed to start the revival in the worst of weather!

The Spirit of God warmed our hearts and led us safely through each snowy night, even when blinded by double semi-trucks sliding past us. Often, we wondered, why does God want this revival now? Couldn’t it have waited for the spring? But repeatedly, the Holy Spirit spoke to our hearts with His urgency.

A dispute between two families divided the church neatly right down the middle. Some sided with one family, some with the other. There was tension in the air every night, stemming from much bitterness and hurt. Everyone listened to God’s call in the Word to come back to Him and to forgive each other. The two families at the core of the issue both waited for the other to make the first move to ask forgiveness.

One night there at the church, I shared the power of the Holy Spirit to give us heart surgery and to cut out our bitterness and anything else that held us back from each other and from God. I made an appeal for those who needed this heart surgery to humble themselves before God and to ask for that surgery for their hearts right then. I watched that night as the two families at odds with each other went their separate ways out of

the church like every other night. I sighed. “How long, Lord?” O how I wanted to see God bring healing for these families!

I walked April out into the snow and into our van. Just as I was opening her door, she remembered that she left some dishes in the kitchen of the church. “I’ll go get them!” I said and jogged back into the church. As I came around the corner into the kitchen, I got the shock of my life!

There before me were the two mothers of the two families at odds with each other. They were in a serious conversation. I tiptoed backwards out of the kitchen as fast as I could go.

“Where’s the dishes?” April asked as I jumped back into the van. “Can’t touch those dishes tonight! I think

God is up to something in the kitchen right now!” I answered. I told her that the two women in the church who tried their best not ever to be around each other were now talking!

We prayed and prayed on the way home through the snow. We prayed that the Holy Spirit would do what neither woman had the power by themselves to do.

Before we reached home, we got a phone call from one of the mothers. We heard the rest of the story. The younger mother had been working in the kitchen after the revival and was very surprised to see the other coming directly to her to talk. Her heart warmed. She must be coming to apologize to me! she thought to herself. Wow! God is doing the impossible!

The older mother came up to the younger and gave her a big surprise. She proceeded to correct the younger woman. The young mom was in shock. No apologies? No “I am sorry”? Anger welled up within her. Bitterness from the years overwhelmed her. She fled out of the kitchen in tears.

Quietly, tears falling, she looked high and low for what she needed: a towel, a basin, and warm water. She filled up the basin with warm water, grabbed a fresh towel, and shyly entered the kitchen with her heart pounding.

The older mother was still there. She whirled around, mouth agape as the young mom knelt at her feet. She gently took off the older woman’s boots and tenderly washed each foot and dried them with the towel. No one said a word. God was there, pressing close to His two precious daughters.

“I am so sorry for how I have hurt you! Will you please forgive me?” the younger woman asked.

The Spirit of God melted both hearts. They hugged each other, forgave each other, and prayed. The Holy Spirit cut out the bitterness that stood between them and healed in a moment what could have separated the mothers for a lifetime.

The young mother’s husband found out about this later that night. The Spirit of God softened his heart. The next day, he gave the same gift to the older woman’s husband. He washed the other man’s feet, wiped them with a towel, and earnestly asked for forgiveness! Two strong-willed men became brothers that day!

The Spirit of the Lord is ready to do in you what you cannot ever do alone. He stands ready to change your heart, heal your bitterness, and free you to be who God has called you to be. The Holy Spirit will often surprise you, inspiring you to go where you would not go, to say what you would never dare say. And sometimes...He will help you outrun the chariot!

Depend on the power of the Holy Spirit each moment! 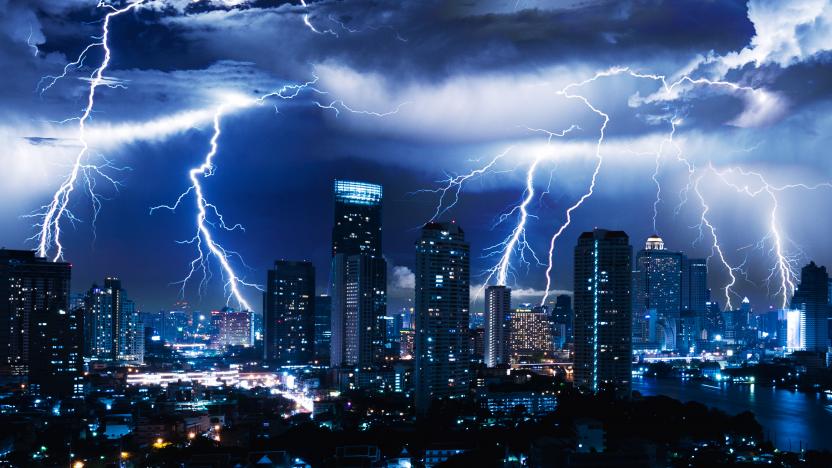 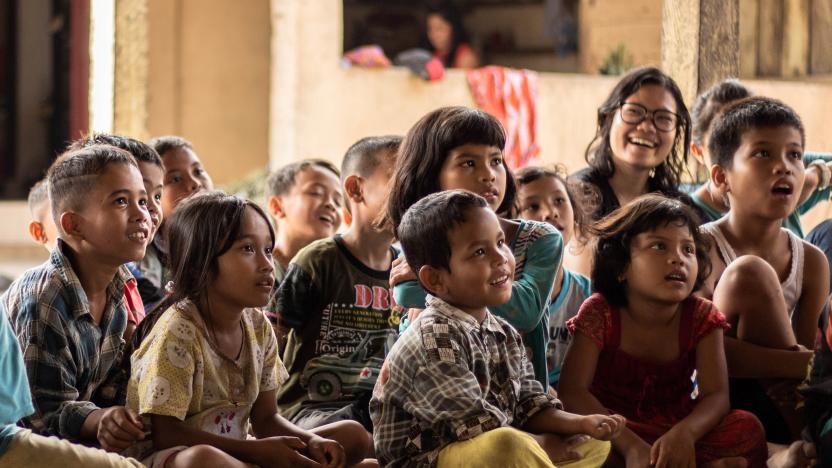 You and your students are both on God’s heart! Every student in your classroom is precious to the King of Kings. May no student nor teacher be left behind when Jesus comes to take us home! Schools in Discipleship: A Field Manual gives practical tools to: 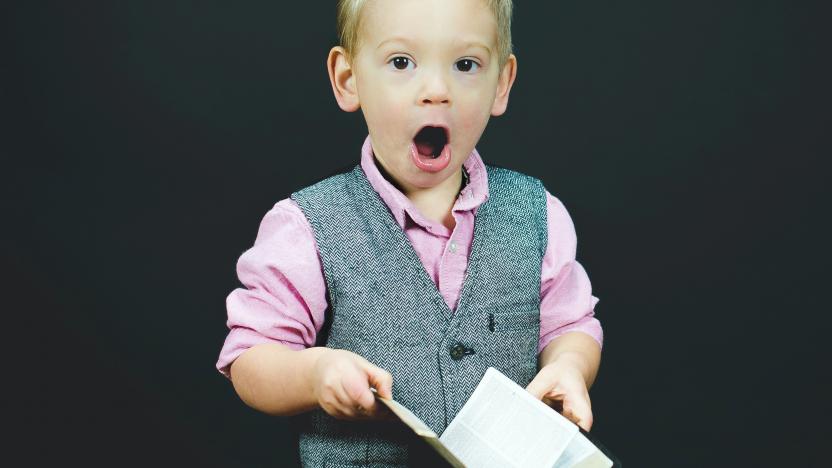 The longing desire of Satan’s heart is to be worshiped. This should come as no surprise, as the Bible tells us that the devil even had the audacity to ask Jesus to bow down and worship him (see Matthew 4:9). Satan desperately wants to be worshiped but knows that no one in his or her right mind is going to bow down and worship him. Therefore, he gets himself a front man, called...