We have been reviewing a little-known national revival in American history. This revival commenced with the preaching of a man named William Miller. What is the biblical evidence that this revival was the work of God? In part three of this four-part series, we will examine the character and work of William Miller as compared to that of biblical revivalists such as Moses, Elijah, John the Baptist and Jesus Himself.

Our first comparison examines the character trait of humility as revealed in these revivalists. Although not educated in a school of theology, Miller was an avid student of the Bible. One year after preaching his first sermon, Miller met with a licensed, educated minister to discuss what the Bible teaches about the return of Jesus. The minister was confounded by Miller's knowledge of the Bible. Writing to a friend, Elder Hendryx, Miller commented, “I only made him read Bible, and I held the concordance. No praise to me; give God the glory.”1 One year later Miller received a license to preach by the Baptist Church. In a letter to his sister, he stated, “My brethren have given me a license — unworthy and old and disobedient as I am. Oh, to grace how great a debtor!”2 Miller later wrote another letter to Elder Hendryx, “Do pray for me, my brother, that I may have grace equal to my need, and that I may always see my need, feel my weakness, and be kept humble, and that I may always declare the truth. Do pray!”3

Miller was aware of his own sinfulness, weakness, and need for God's grace. We will find the same of biblical revivalists.

The Bible describes Moses as more humble than all men who were on the face of the earth (Numbers 12:3).

Atop Mount Carmel, Elijah knelt in prayer — “Lord God of Abraham, Isaac and Israel, let it be known this day that You are God in Israel and I am Your servant and that I have done all these things at Your word" (1 Kings 18:36).

When his disciples complained of the large crowds Jesus was attracting, John answered, “A man can receive nothing unless it has been given to him from heaven. You yourselves bear me witness, that I said, ‘I am not the Christ,’ but I have been sent before Him. … He must increase, but I must decrease” (John 3:26–30).

In each of these men, we find the character of Jesus who described Himself as “gentle and lowly in heart” (Matthew 11:29). His purpose in coming to earth was “not to be served, but to serve, and to give His life a ransom for many” (Matthew 20:28).

Our second comparison considers the call to repentance by these revivalists. Miller wrote an appeal to his friend, Elder Hendryx, who seemed unwilling to prepare for and preach of Jesus' soon coming — "I wonder why ministers and people do not wake up and trim their lamps. Yes, my brother, almost two years since you heard the news, 'Behold, the bridegroom cometh!' - and yet you cry, 'A little more sleep, a little more slumber.' Blame not your people if they go to sleep under your preaching. You have done the same. Bear with me, my brother. In every letter you have written me, you have promised to study this all-important subject, and in every letter you confess your negligence. The day draws near. More than one sixth of the time is gone since my Brother Hendryx promised, and yet asleep! Oh! God, forgive him! Are you waiting for all the world to wake up before you dare get up? 'Where has your courage fled?' Awake! Awake! O sluggard! Defend your own castle, or take sides with the Word of God; destroy or build. You must not, you cannot, you shall not be neutral. Awake! Awake!"4

Two years later, in another letter to Hendryx, Miller wrote, "I am yet engaged in warning the inhabitants to be prepared for the great day of God Almighty, and am endeavoring to prove by the Scriptures that it is near, even at the doors. … I always present this as an inducement for men to repent."5

Miller believed Jesus was coming soon and was convicted that the world was unprepared to meet its King. He sounded a message of warning and entreaty, feeling a responsibility for the souls of men. So, we see in the Bible that those called by God were moved to give messages of warning and rebuke.

Pharaoh was ruler of Egypt and the most powerful man in the then-known world. He had refused to let Israel go free. As a consequence, God sent plagues on Egypt and summoned Moses to rebuke Pharaoh — "How long will you refuse to humble yourself?" (Exodus 10:3)

When Israel had committed idolatry at Mount Sinai, Moses called them to boldly take a stand for God, "Whoever is on the Lord's side — come to me!" (Exodus 32:26)

Elijah, living among God's people in a time of apostasy, declared to their king, "You have forsaken the commandments of the Lord." He then called the people to take a stand, "If the Lord is God, follow Him" (1 Kings 18:18, 21).

John the Baptist's message was pointed, "Repent, for the kingdom of heaven is at hand!" (Matthew 3:1–2). Herod Antipas, governor of Galilee, was moved by John's message. But when he was unwilling to reform his immoral life, John boldly rebuked him (Mark 6:17–20).

Each of these four men reflected the work of their Lord Jesus, who began His ministry proclaiming, "Repent, for the kingdom of heaven is at hand" (Matthew 4:17). Their message mirrored that of their Master who said, "For I did not come to call the righteous, but sinners to repentance" (Matthew 9:13). Realizing that people's response to this warning was a matter of life and death, Jesus boldly declared, "Unless you repent you will all likewise perish" (Luke 13:3).

Our third comparison considers the persecution endured by these revivalists. Miller was invited to speak in a small town in northern New York state. The day after his first lecture, Miller received a letter from some bullies. He described the threat in the following words: "If I did not clear out of the state, they would put me where the dogs could never find me. The letter was signed by ten of them. I stayed, and blessed be God! He poured out His Spirit, and began a work which gainsayers could not resist."6

Years later, Miller was interviewed by the editor of The Williamsburgh Gazette and Long-Island Advertiser in Brooklyn, New York. The editor described Miller as a "gentleman, who has probably been an object of more abuse, ridicule and blackguardism, than any other man now living."7

Miller had expected that the world would not welcome its own destruction. Yet he had not expected the churches to rise up in opposition. Surely their hearts would be warmed at the prospect that Jesus was coming soon. Sadly, in many cases, the church leaders were foremost in rising up against Miller's call to prepare to meet their God.

Miller was not alone in facing opposition. Moses was accused by his own people. The children of Israel repeatedly accused Moses of bringing them out of Egypt to kill them with hunger or thirst in the wilderness (Exodus 14:10–12, 16:2–3, 17:3; Numbers 14:1–4, 21:4–5). Further accusations were brought against Moses declaring that he was motivated by pride in his claim to be God's chosen leader (Numbers 16:1–3).

Elijah endured persecution from the king and queen of Israel. He was forced into hiding from those seeking his life. When at last Elijah dared to appear before the king, he was addressed as the "troubler of Israel" (1 Kings 17:1–3, 18:17). Later we find Elijah running for his life from Queen Jezebel (1 Kings 19:1–3).

John the Baptist made enemies with Herodias by rebuking her and Herod's immoral relationship. As a result, he was arrested and imprisoned by Herod. Herodias later used Herod's birthday as an opportunity to have John beheaded (Mark 6:17–29).

Perhaps none were so persecuted as Jesus. Herod the Great, king of Judea, tried to kill Jesus in Bethlehem within His first two years of life (Matthew 2:13–18). His public ministry was plagued with insults, accusations and attempts to trap Him in His words. He was accused of the worst crimes against the Jewish temple, the Roman government, and even God Himself. He who had come to save men's lives was betrayed, arrested, abused, and crucified (Mark 14–15).

Jesus admonishes us to carefully consider the lives of His messengers (Matthew 7:15–20). William Miller's character, message, and faithfulness amidst persecution testify on his behalf as a man sent by God. In this generation, we must arouse to our need to prepare for Jesus' soon return and awake to Jesus' repeated declaration — "Behold, I am coming quickly!" (Revelation 3:11, 22:7, 12, 20). 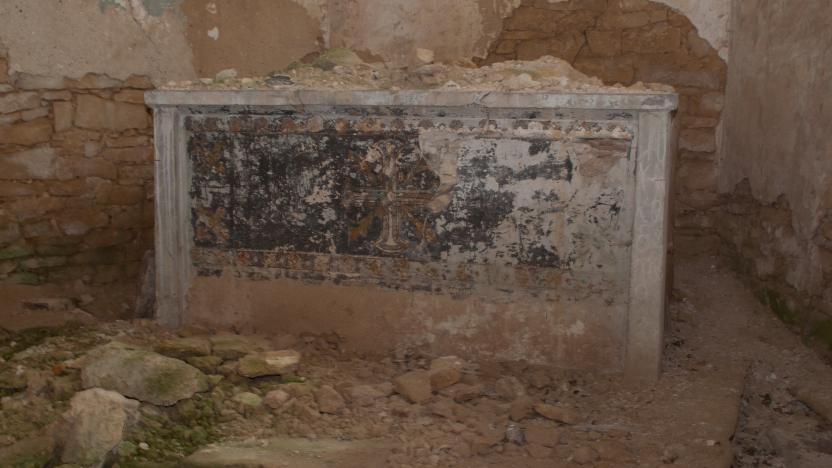